“Be your own advocate, ask lots of questions, and listen to the people who love you.” 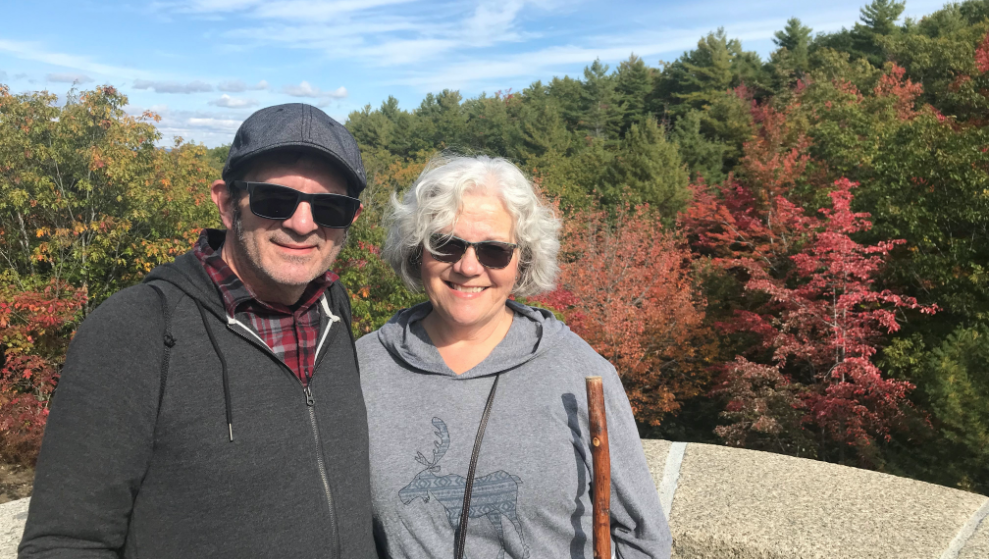 After receiving concerning results from routine blood work, Ken Parme was surprised to hear his doctor thought he may have diabetes. His wife, Rebecca, was skeptical because Ken had always taken good care of himself, focusing on eating well and staying active. She voiced these concerns, and suggested that Ken see an endocrinologist, who immediately recommended a CT scan.

The scan showed stage III pancreatic cancer. He was 54 years old. Since his diagnosis, Ken has undergone multiple procedures, mainly ERCP, to place stents to relieve his symptoms. Each patient’s pancreatic cancer journey is unique, and in Ken’s case, the multitude of treatments have been unsuccessful. “It’s in a bad place, so they can’t get to it for removal. They used chemo and radiation; they used the CyberKnife®. It didn’t shrink like they wanted, but it hasn’t spread either,” Ken explained.

He remembers that during his pancreatic cancer journey he asked his doctor, “Why do you think I’ve lived so long with a disease that is usually so quick to take lives?” His doctor replied, “I spoke to God and the devil and neither of them wanted anything to do with you.”

Ken resolved not to allow his diagnosis to control his life. He is an avid patient activist, representing the Pancreatic Cancer Action Network (PANCAN) as a patient speaker/advocate for awareness and research. He participates annually in Pancreas Fest: an event intended to showcase new techniques and products for doctors, held in Pittsburgh for the last four years. He regularly travels to Washington D.C. to lobby Congress to financially support the fight against pancreatic cancer.

Ken was gifted the book Never Give In by Arlen Specter, about the Senator’s battle with non-Hodgkins Lymphoma, just days following his diagnosis. Just two pages into the book, he recalls reading “[at least it wasn’t pancreatic cancer…] since pancreatic cancer is virtually incurable.” In his signature humorous style, Ken says he remembers tossing the book aside that was meant to inspire him and saying, “I can’t read this!” He and his wife went on to write their own book, In the Gaze of the Divine, which captures their unique story.

Ken, of Ingram, PA, recently retired from his work as a components inspector for nuclear power plants. His doctor recommended retirement to reduce stress, which was aggravating the cancer-induced diabetes. Today Ken focuses on his talents as a singer, songwriter, and musician, entertaining his fans with his original songs. Ken’s songs include pieces on social justice and fighting the good fight.

Ken and Rebecca love their backyard birdfeeder, family vacations, and seeing their five grandchildren as often as they can.
Ken’s advice to fellow patients is; “Be your own advocate, ask lots of questions, and listen to the people who love you.”