“Be persistent, listen to your body. Focus on the present, deal with your diagnosis one day at a time, and look for the signs around you that give you hope and strength.” 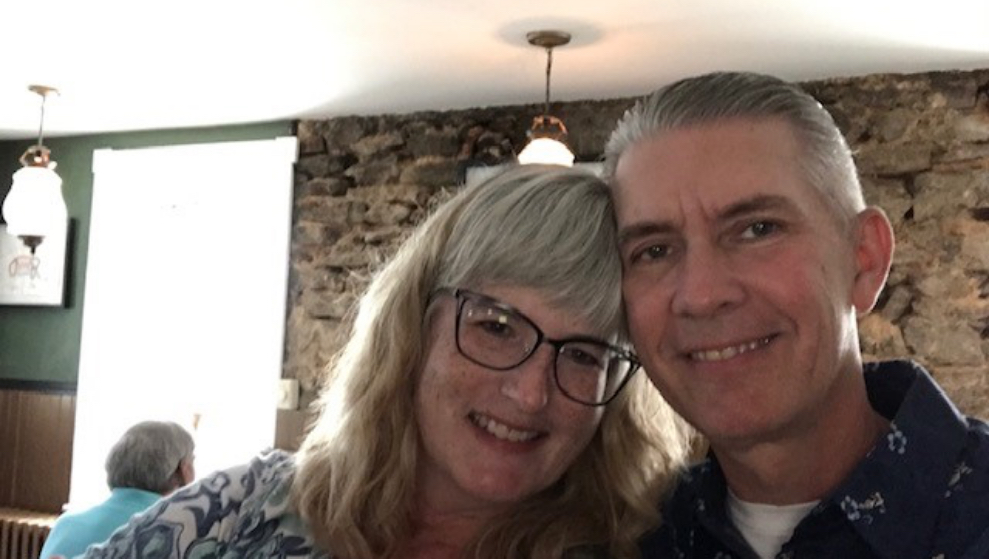 December 22, 2011 is a day that Jerry McGee remembers vividly. The 48-year-old father of three was on his way home from work when he received the diagnosis that would change his life forever.  His physician informed him that he had Stage III Pancreatic Adenocarcinoma.  Jerry was young, active, healthy, did not smoke, only drank socially, and was not obese. He knew the survival rate statistics for pancreatic cancer were not uplifting, but chose not to let them dictate his attitude towards his diagnosis. Jerry did not match the typical diagnosis profile, and after confiding in a friend, he set his mind to being a “statistic of one,” determined to walk his own path with focused strength and a unbreakable support network.

Prior to his diagnosis, he had only been experiencing mild abdominal cramping after eating. The cramps continued for a few months which led Jerry to believe his symptoms could be a result of IBS, Celiac disease, or another mild digestive issue. After visiting with his gastroenterologist and having blood work completed, he was told everything looked good, but the cramping persisted. About one month later, Jerry knew something still wasn’t quite right, and requested to be seen again. His gastroenterologist ordered an abdominal ultrasound, which resulted in the detection of a mass on or near his pancreas and prompted additional tests and a biopsy.

Jerry‘s wife, Elizabeth, was his support system and performed research to find the best facility for Jerry to receive the additional testing. He received blood work, a CT scan, a PET scan, an endoscopic ultrasound (EUS) procedure with a biopsy and consultations with the radiologist, oncologist, and surgeon. Jerry was initially told that his tumor was wrapped around his hepatic artery and, therefore, would not be possible to surgically remove. The additional imaging tests revealed that the tumor was in fact not wrapped, but abutting the artery, and surgery could potentially still be an option.  Throughout the complexities and difficulties of Jerry’s diagnosis, he was able to find the silver linings of his situation and encourages other to do the same.

On January 12, 2012, Jerry started chemotherapy to reduce the size of the tumor and gain clearance for surgery. In addition to IV chemotherapy, he was put on a daily oral chemotherapy drug as part of a clinical trial, which he later stopped. His intense treatment caused him to lose about fifty pounds, feel constantly sick and physically exhausted. Fortunately, he found a surgeon still willing to perform the risky surgery. On May 30, 2012, Jerry underwent a Whipple procedure, in which the surgeon successfully removed his tumor and surrounding tissue. It was a long road to recovery after the procedure, and more chemotherapy followed in the fall.

“I was fortunate that my oncologist became more than an oncologist and was my advocate,” said Jerry who is now 56 years old. Almost one year to the day of his pancreatic cancer diagnosis, Jerry was told he was in remission. He continued to be scanned every 3 to 6 months from 2013 to 2015 and then annually from 2016 to 2018. In 2018, he found out that he carries the BRCA2 gene mutation and his family members have now been tested or have spoken with a genetic counselor.

Jerry was able to see his three children, Christina (26), Kevin (22) and Conor (15) grow up and recently celebrated his 29th wedding anniversary with his wife Elizabeth. Jerry’s advice, “Be persistent, listen to your body. Focus on the present, deal with your diagnosis one day at a time, and look for the signs around you that give you hope and strength.”